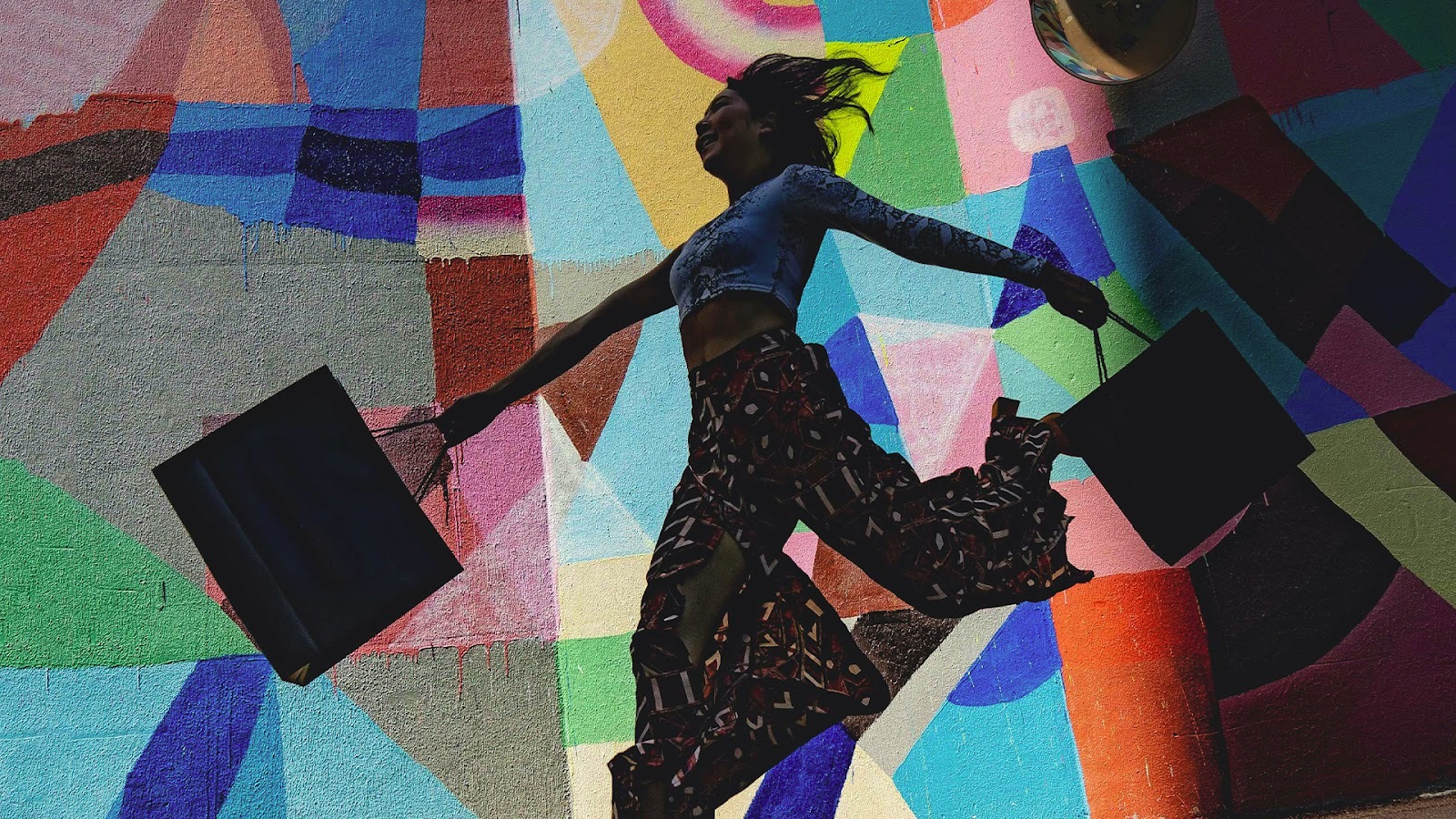 Buy Now, Pay Later: Does it Impact Your Credit Score?

There’s something really exciting about getting a parcel in the post. Peeling off layers of packaging to reveal your brand new purchase screams “birthday morning childhood nostalgia”. Whatever the item, the process of buying something new has been proven to release a hit of dopamine (AKA the “happy hormone”) into your brain.”

Buying new things makes us feel good. So it’s no surprise that more than 17 million people have used “Buy Now, Pay Later” in the UK. Sometimes called BNPL, it’s a tempting way to pay – with options to spread the cost of purchases over time in a range of different ways, you’d be forgiven for thinking that BNPL is the answer to your never-ending wishlist.

But before you select “pay in three” at checkout, take a moment to get to grips with what Buy Now, Pay Later is, if using BNPL affects your credit score, and whether managing repayments responsibly could improve your credit rating. Future you will thank you.

Buy Now, Pay Later does more or less what it says on the tin. It allows you to buy what you want now and pay for it later. It’s become a lot more popular in recent years, mostly due to the rise in online shopping, but it’s not a new idea. (Do you remember those sofa adverts you saw on TV as a kid?)

There are lots of different BNPL providers in the UK. Some of the most popular ones are Klarna, OpenPay, Clearpay, Laybuy, and Zilch, but with so many options around, it’s easy to get confused, and you may be wondering if their Buy Now, Pay Later services improve your credit score. So we’re here to help you get the answers you need.

Yes. At Loqbox we like to be honest and straightforward when we talk about borrowing. And even though you’ll often see BNPL offered as “interest-free” or “no credit check needed,” it’s important to know that Buy Now, Pay Later is a form of credit.

Using Buy Now, Pay Later means you’re going into debt. But using credit is neither “good” nor “bad.” Most of us will choose to borrow money at some point in our lives. And sometimes it’s the best option. (There are some big purchases in life – like buying a house – that would be really difficult to achieve just by saving.)

The most important thing to remember is that whenever you borrow money you need to pay it back. And it’s important to manage those repayments responsibly. (Not doing so could harm your chances of being offered credit in the future.) So if you choose to use Buy Now, Pay Later, it’s important to understand how it works.

When you use Buy Now, Pay Later, the provider agrees to lend you money for something at the moment you buy it. So the credit agreement happens at the point of purchase. That’s why BNPL is sometimes called “point of sale credit.”

The BNPL provider pays for whatever you buy now, and you pay them back for it later. That means that in some cases, you might get the item before you pay for it. And that can be useful, for example if you want to try on a few sizes before making a decision about an outfit.

The terms of repayment will be different depending on which BNPL service you choose. And each service might give you a range of payment options. (For example, “Pay in 3” or “Pay in 30 days.”)

Is Buy Now, Pay Later free to use?

That depends. When you select Buy Now, Pay Later at checkout, the BNPL provider should give you terms and conditions for repayment. (Remember to read them – it’s not the most exciting thing to do, but it is important!)

Some providers let you spread the cost of purchases for free. This is called interest-free or 0% APR borrowing. (APR stands for Annual Percentage Rate. You can find out all about it in our Two Minute Money video.) You’ll usually need to make repayments between 30 days and 90 days after your purchase.

If you want longer to pay for your purchase, you might have to pay interest. That’s because the provider will essentially be offering you an unsecured loan. They’ll charge you interest to cover the risk of lending you money for longer.

What happens if you miss a payment?

If you fall behind on repayments, you might be charged a late payment fee. Or the company might start charging interest on your borrowing. Clearpay and Laybuy, for example, charge a £6 late fee if you miss an instalment.
‍

That can make Buy Now, Pay Later an expensive form of borrowing. So – if you decide to use it – make sure you set reminders on your payment days.

The more curious among you might be wondering how BNPL providers make money. If the service is usually interest-free, what’s in it for them? It’s actually quite simple. ‍

Some online stores offer Laybuy, but not Zilch or PayPal, or vice versa. And that can be a bit irritating if you’ve already found your favourite option. But that’s because individual BNPL providers partner with different retailers.

ASOS, for example, partners with Klarna and Clearpay. So, if you buy your winter coat using one of these options, they charge ASOS a “commission.” It’s a bit like a finders fee. (The retailer might recognise that the item would’ve been out of budget if you hadn’t used BNPL.)

Not at the moment, in the UK. But the government is working with the FCA (Financial Conduct Authority) to regulate BNPL. That should make it fairer and more understandable. And providers like Clearpay, Zilch, Klarna, Laybuy and Openpay will be expected to report your borrowing to the Credit Reference Agencies by 2023.

What is a credit score?

When you apply for credit, most lenders will look at your credit history (sometimes called a credit report). It’s a record of the way you’ve managed things like borrowing, phone contracts, utility bills and council tax payments.

Your credit score is there to help you understand your credit history, and how lenders might view you. You’ll get a number rating – which varies between different CRAs – and a label ranging from “Poor” to “Excellent.”

Will they check my credit report when I choose to Buy Now, Pay Later?

Because Buy Now, Pay Later is a form of credit, lenders might check your credit report when you apply. But many will only do what’s called a “soft credit check.” That means checking your credit history without leaving a record.

There are exceptions, so make sure you read the terms carefully. A “hard check” will show on your credit history and could impact your credit score.

Up until recently, very few providers reported BNPL borrowing to the Credit Reference Agencies. That meant that using it in the short-term might not show on your credit report. But some people felt that this was unfair and could put consumers at risk.

Not reporting BNPL agreements meant that people managing repayments responsibly weren’t getting kudos on their credit reports. And that people with high amounts of short-term debt might be offered other forms of credit that they couldn’t afford.

That’s why the UK government is bringing in new rules. Many more providers have started reporting BNPL borrowing. (Klarna began reporting in June 2022 and Laybuy in September.) So you might begin seeing any agreements on your credit report soon. If you have a limited credit history – and manage your borrowing well – that might help you.

Losing track of repayments could affect what you’re able to borrow in future. Late or missed payments to Klarna, Clearpay, Laybuy, Zilch, Openpay (or whichever you use) could be reported to the Credit Reference Agencies. And if you fall more than 90 days behind, it could affect your credit report by showing for up to six years. That could damage your credit score.

So if you’re wondering, “Does Laybuy affect my credit score” (or any of the BNPL providers), bear in mind that things are changing. You can expect buy now, pay later to start affecting credit score in the near future.‍

Experian, Equifax and TransUnion (the three main CRAs) need about 12 - 18 months of reporting before they can factor in Buy Now, Pay Later when generating your credit score.

Not yet! But whether you use Klarna, Clearpay, Laybuy, Zilch, Openpay (or another provider) – if you keep on top of your Buy Now, Pay Later borrowing, and make your payments on time, you might see your score improve in future.

Build your credit score as you save money

Get started with Loqbox Save today